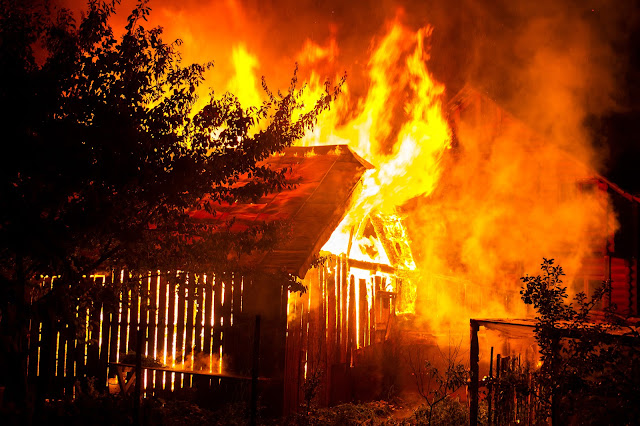 It has been a quarter of a century since the Kashmiri Pandits were uprooted from their home and hearth and cast about as refugees in their own homeland. Another anniversary of their exile passed us by in January this year. India’s left-liberal intelligentsia never tire of warning us against the dangers of majoritarianism. Strangely the Kashmiri Pandits were victims of majoritarianism and fundamentalism.

The tragedy and tribulations that befell this unfortunate community for the last twenty five years include some of the most heart-rending stories. Theirs is a story of humanitarian disaster of unprecedented magnitude since the Holocaust, but strangely, had gone unnoticed by the rest of the world and more importantly by their own countrymen here in India. As K. P. S. Gill, former police chief of Punjab put it,

“[...] one of the reasons for the apathy [of the rest of the world] could be the non-violent nature of the community itself.”

They have stoically suffered their fate without even a single retaliatory act of violence. Writing in the ‘South Asia Terrorism Portal’ (SATP) K. P. S. Gill said,

“[…] pogroms of a far lesser magnitude in other parts of the world have attracted international attention, censure and action in support of the victim communities, but this is an insidious campaign that has passed virtually unnoticed, and on which the world remains silent.”[1]

Our intellectuals and media crib and caw about the Israeli settlements in Gaza and West Bank, and the injustices done to Palestinians but not a whisper from them about the fate of the exiled Kashmiri Pandits. No group of prominent public figures petitioned on their behalf; no celebrity authors cried in their defence. Could one ask, ‘How many awards were returned?’ Jug Suraiya gives us an insight into how the ‘secular’ media treated the tragedy in Kashmir:

“By then Kashmir edits had become an exercise in somnography, or sleep-writing. They were written—or gave the appearance of being written—in a state of deep slumber, or even a coma. And they were read—if ever at all—by readers who were in an equally comatose state as a consequence of reading them. [...] In short, a Kashmir edit, any Kashmir edit, never said anything new. In fact, it never really said anything at all, really.”

What if half-a-million Kashmiri Hindus have had to abandon their home and hearth to become refugees in their homeland? What if they have had to undergo untold miseries in the refugee camps? What if thousands of security personnel have had to lay down their lives in the defence of the motherland? For his ‘exercises in somnography’, Jug Suraiya was confirmed as Op-Ed page editor of The Times of India![2]

They were once the elite of Kashmiri society. The community produced artistes and artisans, poets and musicians, doctors and lawyers of amazing wisdom. At the turn of the century there were about a million Kashmiri Hindus in the state of Jammu & Kashmir. At the time of independence the proportion of Hindus in the Kashmir Valley was 15% of the population. By 1991 it came down to less than 1%. According to a press release of the Kashmir ‘Pandit Sangharsh Samiti’ on April 7, 2010 99.14% Kashmiri Pandits were forced to migrate out of Kashmir.

The word ‘genocide’ has been worn out in popular usage during the last decade. It has been so freely bandied about in public discourse that it lost its original meaning. If ever there was a context for it to be justifiably applied, it was in the case of Kashmiri Pandits. ‘Genocide’ means, ‘the systematic and widespread extermination or attempted extermination of an entire national, racial, religious, or ethnic group’. This is what happened to the ethnic identity called the Kashmiri Pandits.

The United Nations Convention on the Prevention and Punishment of Genocide (of December 9, 1948) defined genocide as: “Genocide means any of the following acts committed with intent to destroy, in whole or in part, a national, ethnical, racial or religious group, as such: (a) killing members of the group; (b) causing serious bodily or mental harm to members of the group; (c) deliberately inflicting on the group conditions of life calculated to bring about its physical destruction in whole or in part; (d) imposing measures intended to prevent births within the group; (e) forcibly transferring children of the group to another group.”

‘The International Military Tribunal’ which investigated Nazi war crimes in 1945 defined crimes committed on a mass scale in Article 6 of its Charter.

Art. 6a. CRIMES AGAINST PEACE are defined as ‘planning, preparation, initiation, or waging wars of aggression, or a war in violation of international treaties, agreements, or assurances, or participation in a common plan or conspiracy for the accomplishment of any of the foregoing.’

Art. 6b. WAR CRIMES are defined as ‘violations of the laws or customs of war. Such violations shall include, but not be limited to, murder, the ill-treatment or deportation of civilian residents of an occupied territory to slave labor camps or for any purpose, the murder or ill-treatment of prisoners of war or persons on the seas, the killing of hostages, the plunder of public or private property, the wanton destruction of cities, towns or villages, and any devastation not justified by military necessity’.

Art. 6c. CRIMES AGAINST HUMANITY are defined as ‘murder, extermination, enslavement, deportation, and other inhumane acts committed against any civilian population before or during the war; or persecutions on political, racial, or religious grounds in execution of or in connection with any crime within the jurisdiction of the Tribunal, whether or not in violation of the domestic law of the country where perpetrated’.

The rise of Islamic militancy was the trigger for ethnic cleansing in Jammu and Kashmir. In a way the state too contributed to it by first releasing hard-core terrorists in the second half of 1989 and then abdicating its responsibility in preserving public order. Thus the state was guilty of genocide by omission if not commission. The terrorists, who were trained in Pakistan in the handling of weapons of destruction, were released against the advice of a three-member Advisory Committee headed by the Chief Justice of the Jammu and Kashmir High Court. The swap of five hard core terrorists, Hamid Sheikh, Sher Khan, Javed Ahmed Zargar, Mohd. Kalwal and Mohd Altaf Bhat on December 13, 1989 for the release of Rubaiya Sayed the daughter of the Union Home Minister Mufti Mohamed Sayed led to a demoralisation of the law and order machinery and the collapse of the state administration.

In the 1989-90 period an estimated 300,000 Pandits were forced to flee the Kashmir valley. A total number of 700,000 Kashmiri Hindus were estimated to be displaced between 1947 and 1990. Of these 300,000 have been living in refugee camps outside Jammu and another 100,000 in Delhi. According to the ‘Panun Kashmir Movement’ (PKM) an organisation of the exiled Pandits some 25,000 standalone houses belonging to the Pandits were burnt during the period. If the houses were situated in crowded localities where it was not possible to burn them they were simply occupied by others. Their properties were purchased by members of the majority community at throw away prices. Even their cremation grounds were not spared but encroached upon. PKM says the process of ethnic cleansing began in 1967 but gained momentum after 1989 when Pakistan sponsored militants arrived on the scene.

The 1989 exodus followed the brutal killing of Tika Lal Taploo a noted lawyer and national executive member of the BJP and Justice N. K. Ganju of the Jammu & Kashmir High Court. In another incident Pandit Sarwanand Premi, an 80-year old poet and his son were kidnapped, tortured and killed. A Kashmiri Pandit nurse working in the Soura Medical College Hospital was gang-raped and beaten to death. In the days that followed warnings were sounded to the community over public address systems, either to flee or face death. The Farooq Abdullah government abdicated its responsibility and all but handed over the administration to the militants. Government offices ceased functioning, taxes were neither paid nor collected and the militants began running a parallel judicial system.

Life in the refugee camps has been physically and psychologically shattering for the unfortunate Pandits and may be described as sub-human. An entire family of 7-8 people had to share a small room. There are instances when three generations of a family were put up in one room, the room being partitioned by bed sheets. The combined effects of the undercurrent of terror, forced migration and sub-human living conditions made the community prone to a host of new diseases and syndromes. These include heat trauma, heart ailments, amoebic dysentery, tuberculosis, allergies, diabetes and sexual and reproductive disorders. Menopausal age in women dropped from 50-55 to 40-45 to 35-40. There was a steep drop in birth rates while mortality rates climbed. In one of the camps surveyed, which had 350 families, there were only 5 births between 1990 and 1995 as against 200 deaths. This is not all. The community became increasingly prone to a series of mental disorders ranging from depression, insomnia, anorexia, anxiety states, delusions, panic disorders, manias, phobias and schizophrenia. Women were the most affected.

Even more tragic than the suffering is the treatment meted out to the Pandits by the rest of the Indian polity and the central government. They became orphans of history, abandoned by their compatriots and condemned to live a life of deprivation and suffering. Governments have come gone, both at the state and the centre but nothing changed, not even during the six year BJP rule.

In 2004, Frank Pallone, a US Democratic Congressman expressed his surprise and shock that the new Indian administration did not mention the Pandits in its Kashmir policy. In his letter of August 23 to Prime Minister Manmohan Singh, Pallone urged him to “include the Pandits in any negotiations with Kashmiri constituents and in developing the future course of action in Jammu and Kashmir.” Manmohan Singh’s government sent a team of interlocutors to Kashmir last year but the Pandits did not seem to be on the radar of either the team or the government.

The Jews have a custom of greeting each other with ‘Next year in Jerusalem!’ at the end of Yom Kippur and Passover feasts. They kept up the tradition for nearly two thousand years—till the formation of Israel in 1948—even though many of the exiled Jews never set their eyes on the city nor had a hope in the world of ever doing so. Will the Pandits of Kashmir have to wait for 2000 years for a semblance of justice to be meted out to them?

Excerpted from Twisting Facts To Suit Theories & Other Selections From Voxindica (2016). Authors Press. New Delhi. pp 386-392. An earlier version of the article was published in VOXINDICA on February, 3, 2012